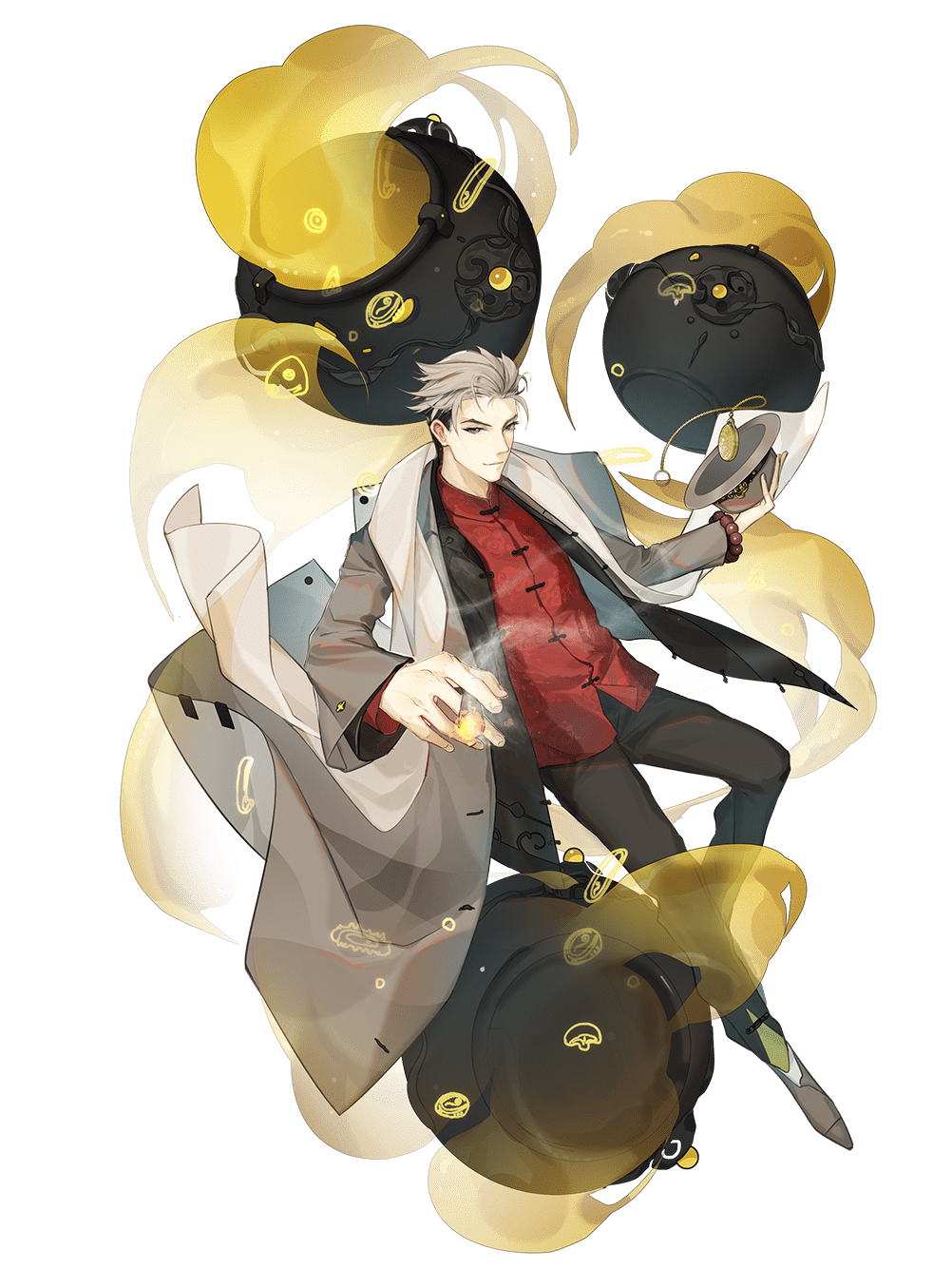 ● Buddha’s Temptation ties with Maofeng for 3rd highest Atk stat in the game, though his skills focus on AoE instead.
● His skills have high damage for AoE skills, significantly higher than B-52, but far lower than Turkey.
● His energy skill stuns all enemies for 3 seconds, making it more consistent than B-52’s.
● His link partner is Mapo Tofu, a very strong UR DPS + CC soul, considered among the best in CN.
● He has an Artifact with abilities that can greatly boost the damage of his teammates.

● Owing to Buddha’s skills low single-target damage output, he is not a good candidate for fighting single bosses (Disaster, Guild Boss).
● Buddha’s basic skill does not have the pure damage that Turkey’s does, nor does it offer crowd control or cleansing/debuffing utility like Peking, Foie and Butter Tea’s do.
● Without his Artifact, Buddha’s is merely a stronger but way harder to ascend B-52. However, as ★ levels greatly affects the viability of DPS souls, this comparison is in B-52’s favor.
● Simply ascending Buddha’s is expensive, requiring a lot of crystals (and some money) to reach 3★ (even with his other unreleased summon event being accounted for).
● However, to really get value out of him, one would need to also invest in his Artifact, as well as Mapo Tofu, as his Artifact’s 3rd skill relies on having the Linked Skill.

Almost every Food Soul who is neither Healer nor Tank relies largely on their Basic Skill, and Buddha’s Temptation is not an exception. Unfortunately for him, his Basic Skill is severely lacking for someone so hard to acquire and ascend.

Of note is that his Basic Skill’s ability to increase Basic Attack damage by 20% is considered inferior to Butter Tea’s Basic Skill’s abilities. Butter Tea’s Basic Skill grants allies 20% Atk Spd for 3 seconds while also dispelling all buffs from enemies! The Atk Spd buff also increases total basic attack damage, while helping out healers as well as giving everyone more chances to activate their own Basic Skill. When considering the dispel effect as well as his Energy Skill, Butter Tea is far more useful for most players.

Buddha’s Temptation is an AoE-focused soul who lacks in single-target damage and utility. While these are problems that B-52 also has, B-52 is very F2P-friendly, unlike Buddha’s who is expensive to ascend yet requires further investment to shine…

In other words, only players in earlygame and massive spenders (a.k.a. whales) will find use out of him.

For those in the first category, simply use him as is until you get better options.

Of note, however, is that investing in him means investing in not only his ★ level, but also his Artifact (minimally 3rd Togi Node). This also requires using Mapo Tofu, which means that she also needs to be invested in. Furthermore, Buddha’s Artifact will need to be upgraded from square 1, unlike Turkey, whose tickets were given out in large amounts during his event.

Because his skills are simply a stronger version of B-52’s skills, Buddha’s Temptation is a very polarized Food Soul. Either you go all out investing in him (which is extremely expensive), or he’s simply not worth it.

For the majority of players, it’d be far better to wait for other events, such as Butter Tea’s 1.20% rate summon event. Butter Tea is far more useful for most players, as he is a stronger version of Toso, an event-exclusive herself and a crucial member to have against just about every Disaster.