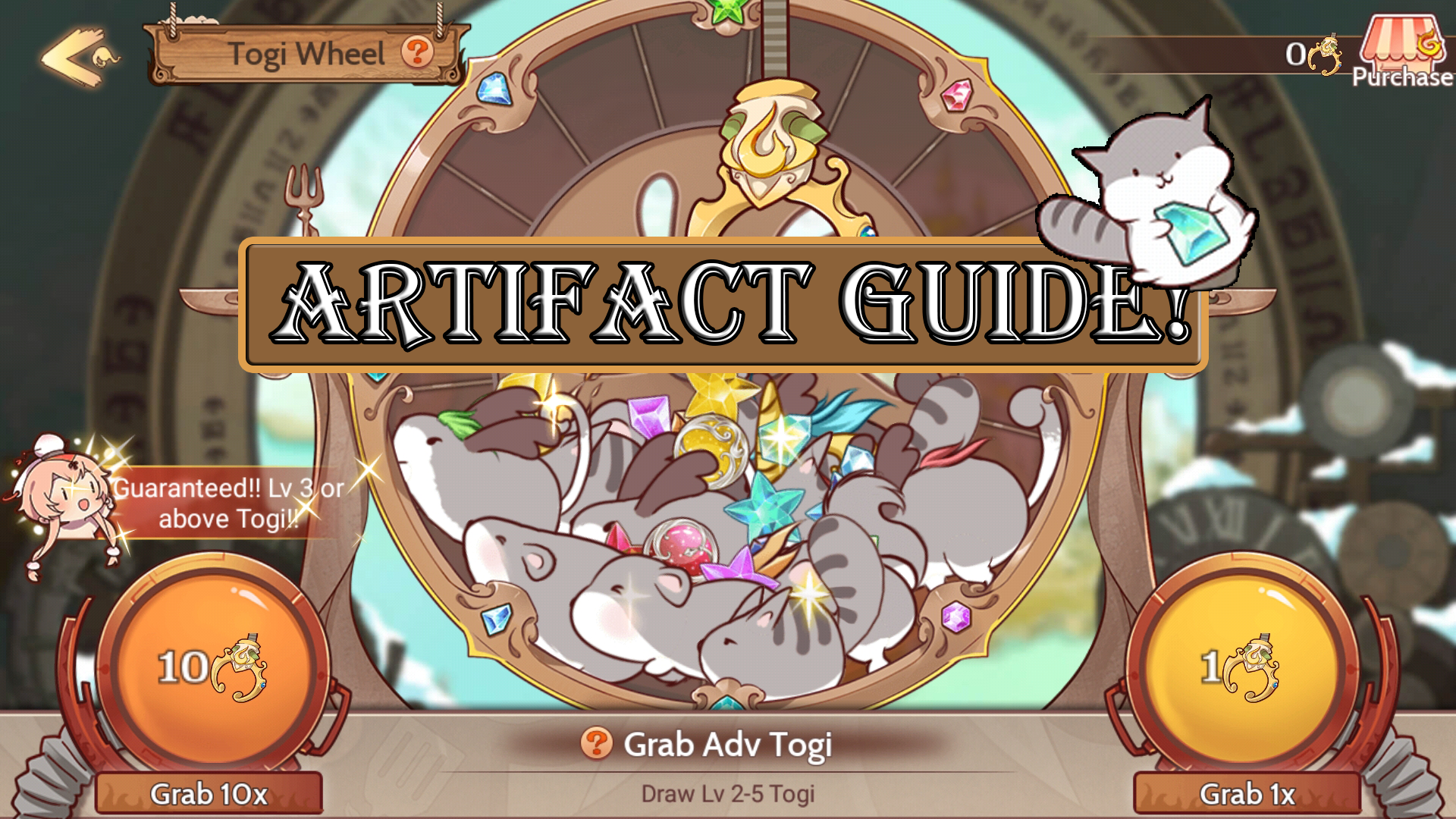 So, what is the Artifact System?
This powerful system unlocks on player level 40. Basically, certain Food Souls get their weapons made into a tangible piece of equipment, pushing their limits even further and intensifying the whaling in Food Fantasy.

Once the Food Soul reaches 2⭐, the Artifact icon will appear in their tab and window.

Tap on it and you’ll get to this window to unlock the Artifact:

All Food Souls have their own specific core and energy, which means that you will need to build every Food Soul’s Artifact from the ground up. They have their own trials to get the energy as seen here:

Artifacts provide bonus stats to the Food Soul. To enter the trial, you will need either the specific Food Soul’s ticket or the universal R/SR/UR ticket.

You might notice that there are 2 paths linking the purple and gold Togi nodes. Since unlocking normal nodes add to the Artifact’s stat, you may choose to unlock them all. However, the energy cost increases with each awakening, so maybe you should leave the two extra normal nodes till the end.

Unlocking nodes will initially only require two awakenings, but will eventually go up to four as shown below. A total of 37 normal and 5 Togi awakenings is required to unlock all nodes:

There will be events in the future to obtain tickets and farm energy quicker, like this one for Black Tea.

Togis are furry critters holding onto gemstones you see in this table I’ve translated from the CN wiki:

You can only slot Togis into the same coloured node in the Node Tree, which is different for each Food Soul.

Togis are different for a reason too. Other than boosting stats, each Togi type activates a different effect when slotted into the Artifact node. This means that not only is each Food Soul’s Artifact unique, you can mix-and-match effects to build your unique Food Soul! Each Togi slot (total of 5) on the Artifact has 3 possible effects, and you can freely swap Togis out to cater to different battles.

For example in the case of Peking Duck’s first Artifact slot, where Togis are Lv.1 to keep things simple:

The effects on different Food Souls and nodes can range from simply debuffs to insane effects like Stun and CC Immunity.

Catch the Togi!
Togis can be naturally drawn as Lv. 1~5 depending on the type of claw you use, and you have to fuse them to increase their level and potency of the effects. Normal Claws will be available in Replenish (Fri, Sat, Sun).

Craft New Togis!
Fusion of Togis must be of same colour and level. You can either do Custom craft or Random Craft.

Tell me more about each Food Soul’s artifacts!
Clicking the links below lead to the corresponding Food Soul’s page in our Soullog, where you will find every effect of each Artifact translated by me.

Closing words
And that’s it! The information here is mostly based on the CN wiki as well as my own testing. Translation is fully done by me, and some info and screenshots are provided by my guildies. I hope you have a better idea on what the Artifact System is all about now!

If you want to share this elsewhere, please kindly credit me! ❤
IGN: roujo