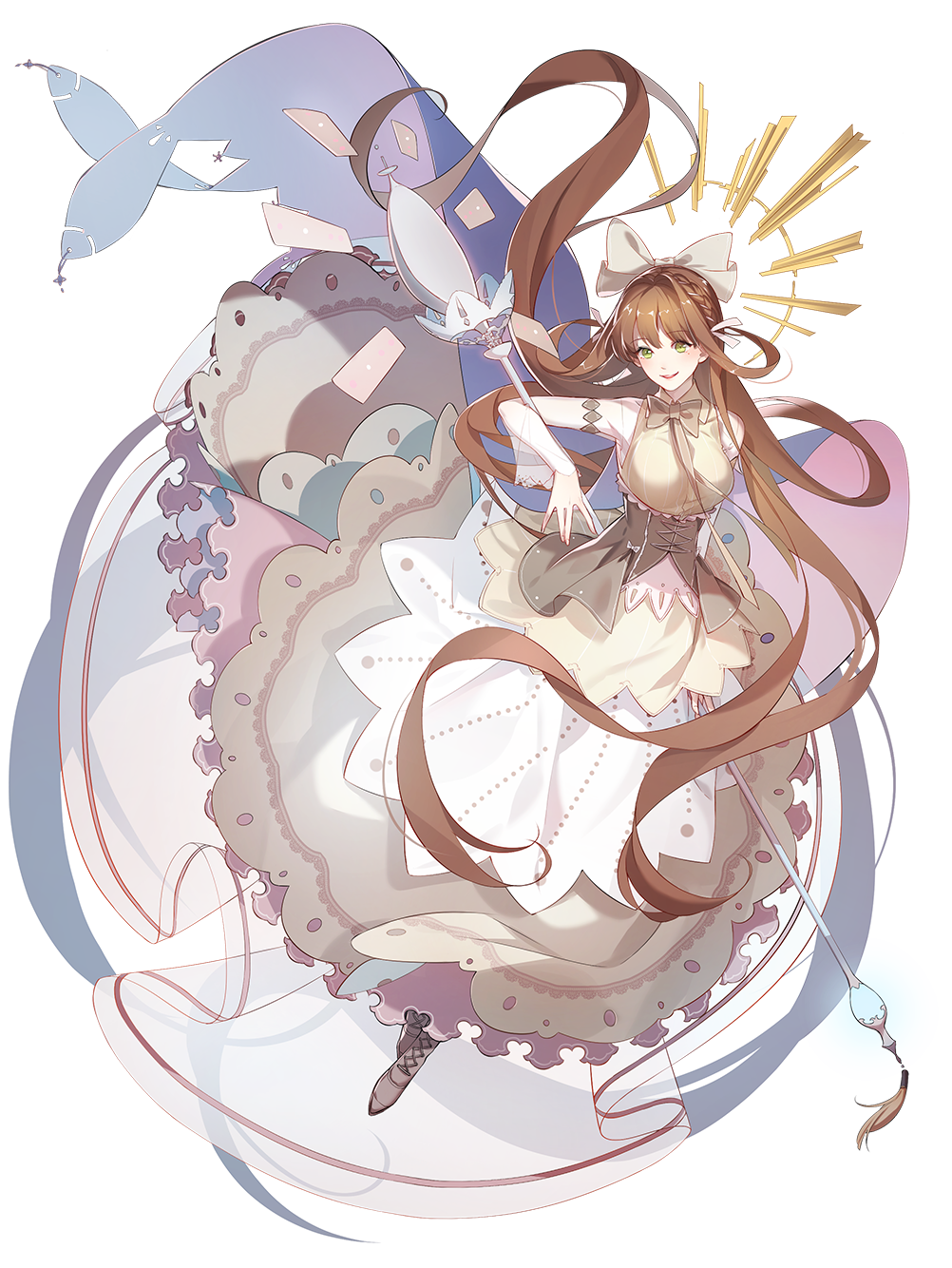 I. The Beginning Of Travels

Tiramisu, a food soul traveling around the world, meets a woman in a city. The woman has freckles and a thick smile on her face, and two thick braids.

"Are you traveling too?" The woman greeted Tiramisu cheerfully. "How about we partner up?"

She doesn't seem to notice that I am not a human being. Thinking that it's a good chance to get in touch with humans and learn more about the world, Tiramisu readily accepted this sound proposal.

Little Twist seems to have been to many places, so on the way to their next destination, she tells Tiramisu many new stories.

"When I was traveling in a country, I suddenly heard a "Squeak"! The house in front of me was on fire!"

"God, was there anyone in the house?"

"Of course, it happened during the night. A man wearing only his underwear screamed and ran out."

"He was running and shouting, 'Help! Help! My ass is on fire!' It's too bad. It didn't take long before the only clothes left on the man's body were burned."

Although Little Twist's stories were very entertaining, I don't think that any of them were very truthful.

Because, if you stop and think about it, you can see that her stories are full of holes. Despite their lack of authenticity, they are still a good way to pass the time.

Maybe Little Twist was born to be a storyteller? I can't help but think about it.

Traveling around the world is really fun. I followed the route recommended by my hometown acquaintances and saw lots of interesting things.

"It turns out that there are many more interesting places apart from my hometown."

"I know of even more interesting places than the ones recommended by the people in your hometown," Little Twist suddenly turned mysteriously and said, "do you want to go?"

"I do!" I replied without hesitation. A place recommended by the fascinating Little Twist must be very interesting, right?

III. The True Intention Of The Other Party

The lively and cheerful Little Twist was now weeping in front of me, pleading to me as if I was a god, saying:

"I'm sorry for lying to you this whole time. I'm not traveling. I'm just a person that barely managed to escape from here."

"This country only knows war. It rages on all day and all night, and everyone is at their breaking point."

"I know that you're really a food soul, but I don't have the abilities of a Master Attendant. I had to deceive you to bring you here."

Little Twist is like a repentant sinner, pleading and pleading to me again and again.

But all those words flew right past me. My attention was on the people behind her. A scene that I had never seen before.

Ah, she didn't make up her stories, they were all true.

The house really did squeak before being set on fire.

I have know words to describe the way I'm feeling right now. I can't breathe, and I only feel a slight sense of discomfort.

Then there was another 'squeak', and the place before me was set ablaze.

My Master Attendant once asked me that before they passed away.

I look around this town that has lasted for a long time. The indestructible walls, the majestic castles, the clean and tidy street, the dazzling shops, and the happy and peaceful residents.

I had no idea, so I decided to leave home and embark on a journey to find the answer. Following the routes given by the many kind people in town, I have traveled to many interesting people and have met many different people.

"This trip is really fun."

I enjoyed the trip up until now and I didn't expect it would end like this.

Little Twist pleaded as she hid herself in her cloak and crouched on the ground. She held the corner of my skirt tightly with her only remaining hand. Her cracked mouth moving mechanically and making a mumbled plea.

I immediately leaned down and placed my hand on her, evoking a spirit to cover her broken body.

Looking at the wounds on her body, Little Twist showed a happy smile and slowly closed her eyes.

I lowered my head and tried to cover my expression with my long hair.

"There won't be pain anymore."

I suppressed my despair. Holding back tears, I softly comforted her as she bled.

The soil under Little Twist gradually grew more and more red. Her face displayed a serene grace, as if in deep sleep. She loosened her grip on the hand that once held me tight.

This is a scene that I shall never forget in the future.

This country has become the end of my "happy" world tour.

After that, I tried my best to use my spiritual power to heal the wounds of those who suffered from the war. However, even if they survive today, no one can guarantee that they will live tomorrow.

Even if their body is healed, how can their minds recover?

As long as I remember the happiness and tranquility I felt once, my despair can't be suppressed.

There was once an elderly master attendant who gave a left a huge family property to a Food Soul after his death.

This food soul was Tiramisu.

And in his last breath, he left her a question.

Ever since she was summoned, Tiramisu had been raised in a pampered environment. Since she had this pampered upbringing, she couldn't understand why her master attendant would ask such a question.

At the time she didn't have an answer. There were many expensive things in the world. It really is difficult to decide which one was the most valuable.

However, her master attendant must have had a reason for asking this question. Therefore, to find the answer to this question, Tiramisu began to travel around the world based on the guidance of the residents of the luxurious town.

The gentle and kind Tiramisu was beloved by the people of the town, so the places that everyone recommended were:

However, the appearance of a human girl broke this endless cycle. It was like the idea of the master attendant who passed away. Tiramisu witnessed what her master attendant has seen during their youth. Those scenes.

"The cruelty of war."

This is was the important thing that the kind master attendant had wanted to convey to Tiramisu, who had lived in peace her whole life.

After Tiramisu had learned the answer, she continued her journey.

Only this time, the route no longer led to "peaceful locations", but instead to countries suffering from war.

During her travels, she also met a male master attendant who shared her philosophy, and responded to her letters on the road.

Unfortunately, this master attendant had died at the hands of those who opposed peace. In his last letter, Tiramisu learned his last wish.

In order to fulfill the wishes of the friends, she came to them.

Also, because of this acquaintance, the fate of many food souls were combined.