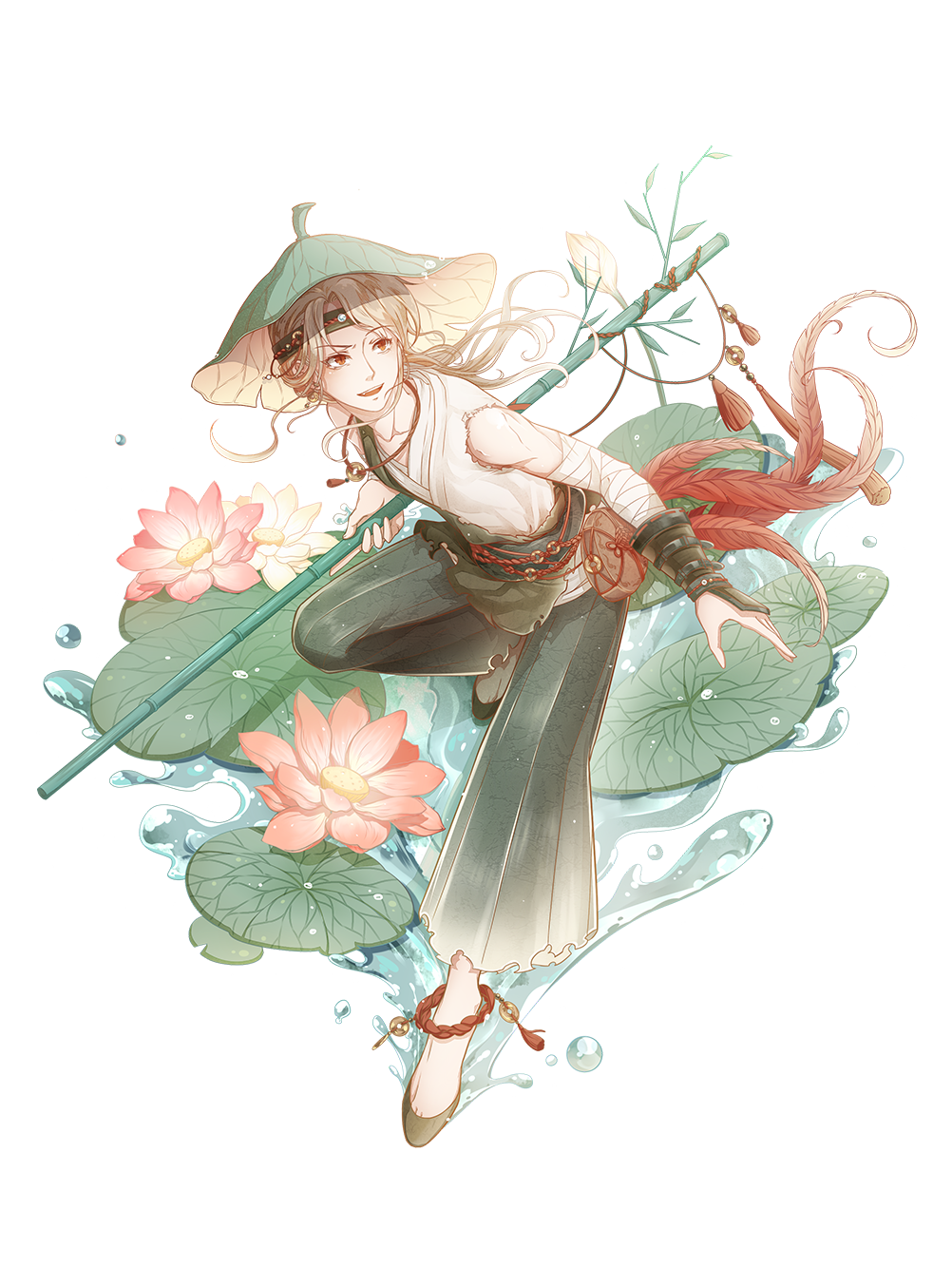 Weaknesses
● Very hard to obtain
● Expensive to ascend, can only reach up to 3★
● His own link partner is not good for combat
● His basic skill is not good
● Very outclassed

● Beggar’s Chicken has decent stats all around, with none of them being particularly low.
● He activates the linked skill of Bamboo Rice, a UR DPS, as well as (the currently unreleased) Squirrel Mandarin Fish.

● However, he is hard to acquire, requiring at least 55 stars and 66 fondness hearts in the Light Kingdom section of “Food Soul Collection”.
● Ascending him is even harder, requiring at least 2 Magic Ink to reach 1★, 4 to reach 2★, and 11 to reach 3★, which is currently the highest he can go.
● Getting him to 3★ also requires getting many Food Souls to 5★, notably Cola, Toast, Pudding, Jello and Sandwich.

● Beggar’s link partner is Sakuramochi, an R food soul who is rather weak in combat.
● Beggar’s basic skill increases his Atk by a small amount, and deals no damage of its own, making it rather weak.

● Considering his mediocre skills and bad availability, there are many others who can do his job better, a simple example being Mooncake.

● Vs. Mooncake
On paper, Beggar’s Chicken does better damage than Mooncake, having a significantly higher Atk, a basic skill that builds upon that advantage, and an energy skill that hits harder. However, their availability is worlds apart, with Mooncake being easily raised to 5★ by the time you can even get a 0★ Beggar. The difference in ★ levels will cause all of Mooncake’s stats to be higher than Beggar’s. She’s also chock-full of utility, being able to dispel positive effects from an enemy (useful against both Aluna and Durga), while also being Tangyuan’s link partner! Basically, if you have Mooncake (everyone does), you don’t need Beggar’s Chicken.

● Vs. Sanma
While Sanma is not as easy to ascend as Mooncake, he still has a far easier time than Beggar. Sanma has a far higher Atk than Beggar, while having a far better basic skill and energy skill. While his link partner is also weak, Sanma is Miso’s link partner, and the two make for a strong pair in boss battles such as Aluna, Durga and Guild Boss. Much like Mooncake, Sanma’s existence alone largely nullifies Beggar’s Chicken.

Beggar’s Chicken is a collection soul, and the game goes out of their way to treat him as one, locking him behind difficult tasks and giving him mediocre skills. If you saw that he was Bamboo’s link partner and wanted to gun for him, I’d recommend that you save yourself the trouble. A linked skill is no good if the activating partner drags the whole team down anyway.

All in all, much like Sukiyaki, Beggar’s Chicken greatly suffers from a lack of niche, as well as being hard to ascend, making him unfortunately nothing more than a trophy for your collection. He’d need a stupidly strong Artifact to become relevant, though that’s not exactly impossible…