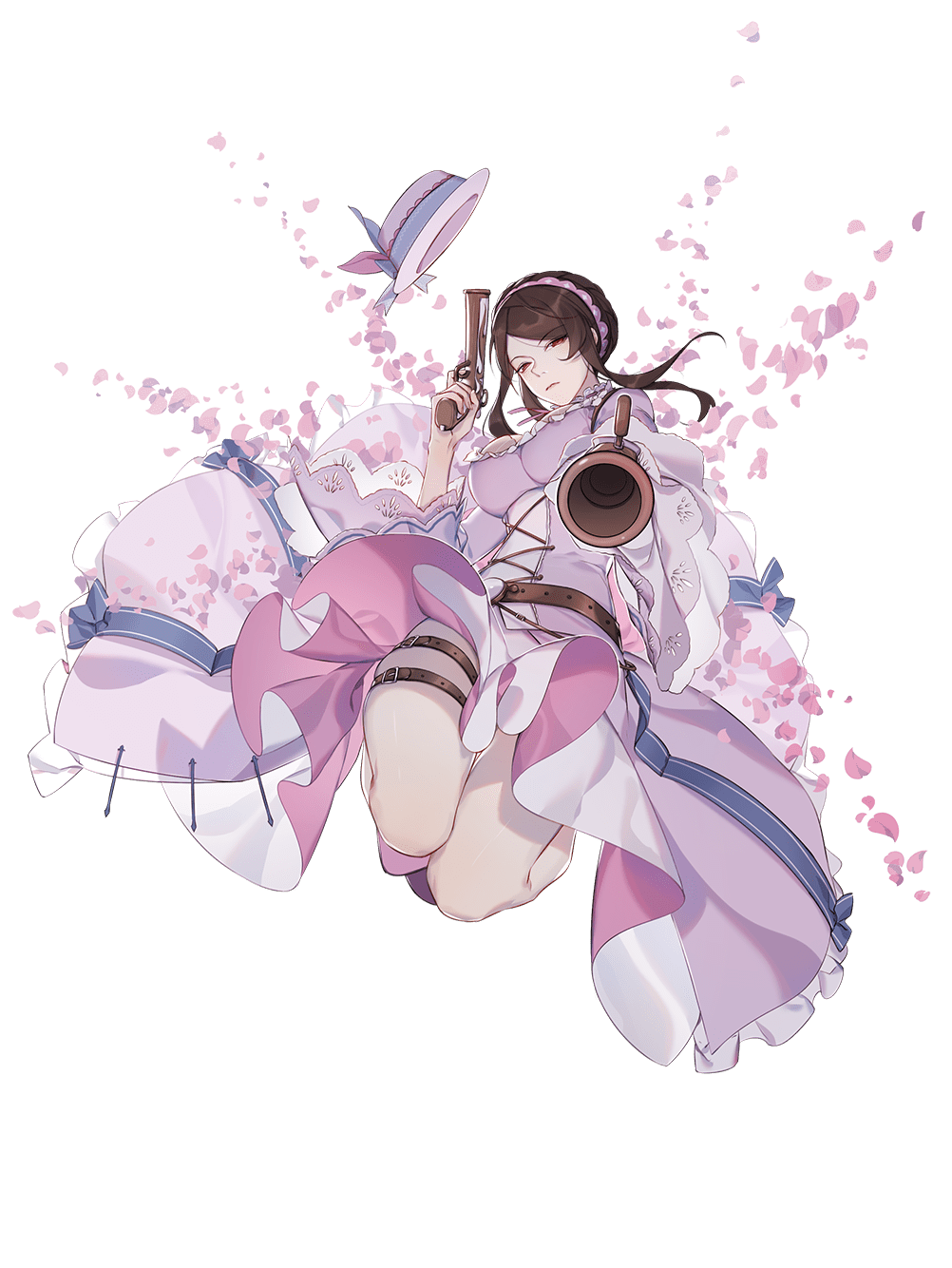 ● Black Tea is the easiest SR, if not the easiest food soul to ascend to 5★, owing to players getting 5 shards per day simply by doing dailies, while also being able to farm her shards in Hard Stages.
● Of the 5 farmable SR DPS souls (Yuxiang, Moon Cake, Vodka, Hamburger and herself), Black Tea has the greatest emphasis on damage, owing to her skills and higher Atk. This puts her in position to be the main damage dealer for quite a long time.
● Compared to her would-be competitors, Yuxiang, Brownie and Napoleon, Black Tea’s basic skill wastes no time in dealing damage, and is far more impactful than theirs.
● She has a mutual link with Milk, a farmable R healer who is good early on as well.
● She is one of the few SRs with an artifact, giving her the ability to somewhat make up for her weaknesses.

● Black Tea’s HP and Atk Spd are among the lowest for SRs, and her Atk is slightly above average at best.
● Black Tea has damage, but that’s all she has. She can’t negate healing, she has no crowd control, she can’t dispel buffs.
● These two facts combined means that it’s only a matter of time before she’s rendered obsolete by someone who can do her job better and more.

● Vs. Red Wine
Until Red Wine reaches 4 or 5★, Black Tea is the better of the two. It’ll take quite a long time for Red Wine to reach that point, however. If you choose to invest in Black Tea’s artifact during this time, then the gap that Red Wine needs to cross only gets bigger. All things considered, if both are equally invested in, Red Wine is stronger, but Black Tea is easier to invest in.

● Vs. Cornbread and Pizza
Both Cornbread and Pizza are notable for their high single target damage, their anti-healing capabilities, but also their limited availability. If you were fortunate enough to have at least a 3★ Cornbread or a 1★ Pizza, then they will serve you better than Black Tea can! But don’t lose heart if you don’t have them, for Black Tea is still capable in her own right!

● Vs. Bamboo Rice
Bamboo is a UR with a focus on single-target damage. Of his type, he is the easiest to ascend, though also the weakest. In this sense, he is similar to Black Tea. As such, when he eventually reaches around 2 or 3★, he can begin to replace Black Tea. Once again, if Black Tea’s artifact has already been invested in, Bamboo might need perhaps one more ★ to stand his ground against her.

With all the doom and gloom and talk about replacing Black Tea, you might feel discouraged from using Black Tea. That is not the intention here.

While her peak may not be high, Black Tea’s strength is in reaching her peak far before anyone else can, and it is this strength that makes her one of a kind.