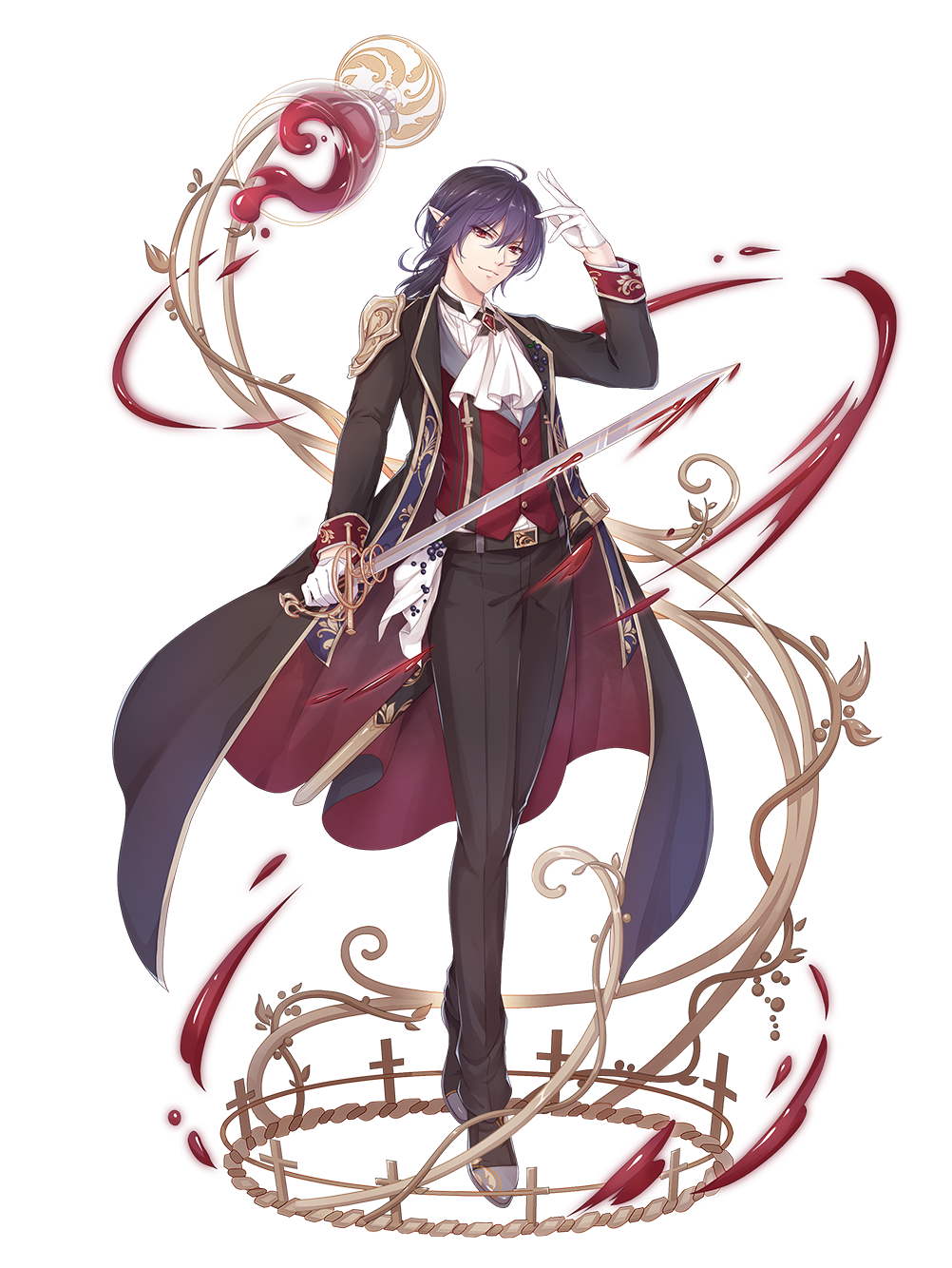 ● Amongst SRs, Red Wine has an advantage in that he has good single-target damage while being realistically possible to ascend to 5★.
● He links with Gingerbread, a solid UR tank, while being the link for Steak, an easy to ascend SR “tank”.
● He is one of the few SRs with an artifact, giving him an edge against most of his would-be competitors.

● While he may be easier to ascend than most of his competitors, it still takes time, as his shards cannot be farmed directly, unlike Black Tea’s.
● Even though Red Wine has good damage, he doesn’t put anything else on the table, and his Artifact merely gives him more damage and survivability.
● Sanma, in contrast, is Miso’s link, which comes in useful against Disaster and Guild Boss.
● Sanma’s basic skill is stronger than Red Wine’s, and his energy skill is stronger than Red Wine’s linked skill(!)

● Vs. Black Tea
Red Wine’s damage potential is higher, but Black Tea is far easier to ascend. In other words, Black Tea has a head start, but ends up weaker. Black Tea is more useful earlygame, especially in conjunction with Milk, but at some point other attackers will begin to catch up. Red Wine will unfortunately take quite a while to catch up. Of note is that Black Tea has an Artifact, though whether that’s worth the investment is up in the air, considering Red Wine has one of his own.

● Vs. Sanma
Red Wine may have a higher base Atk, but his skills are weaker than Sanma’s, and his Atk Spd lower. Sanma also activates the linked skill of Miso, the “hidden UR”. Although Miso’s use is limited largely to Disaster and Guild Boss due to his low stats, this utility that Sanma brings to the table cannot be understated. Having said all this, Red Wine may appear to stand no chance against Sanma, but he has an ace up his sleeve: an Artifact (at least until Sanma gets his own one).

● Vs. URs
The ones that we will be comparing to are the likes of Pizza, Champagne, Double Scoop, Boston and Bamboo, as these are the URs who have high single-target damage, and we will only compare their damage output. Quite honestly, a 1★ Pizza or Champagne will outdamage a 5★ Red Wine, while the other 3 will do so starting from 2★. However, other than Bamboo (and for now Boston), all of these are rare or limited. Furthermore, with the exception of Champagne, none of them have Artifacts too, so it’s not like Red Wine doesn’t stand a fighting chance.

Red Wine’s not bad, but he’s not great either. He struggles with being an SR DPS, which sets him up with a lot of competition. As a result, his relative performance hinges a lot on his Artifact. Unfortunately, we’re not too sure how effective or worthwhile his Artifact is, but we’ll be working to figure this out, so stay tuned!