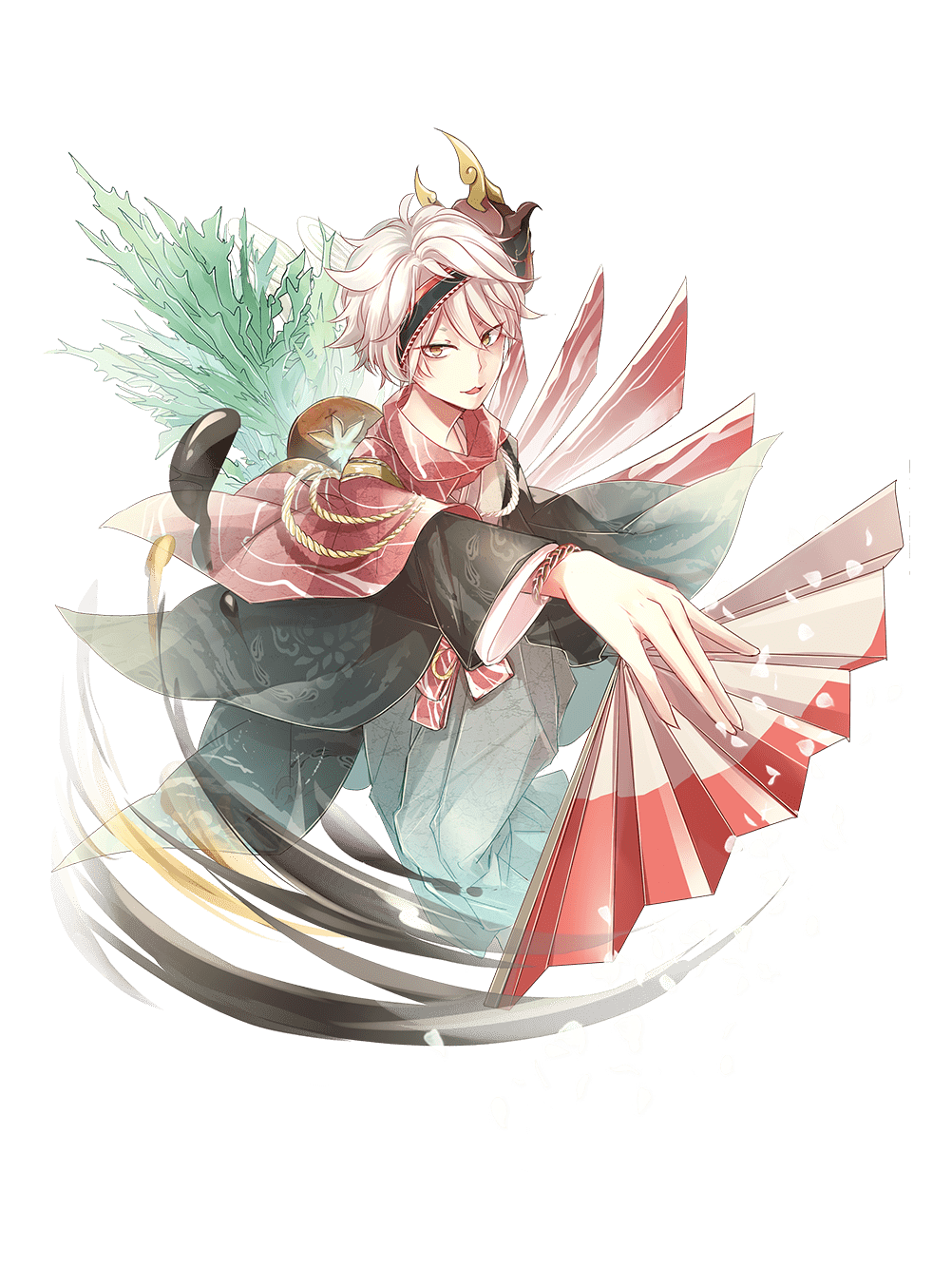 ● Unlike Gyoza and Escargot, whose energy skills hamper their damage potential, Suki’s energy skill, well, deals damage.
● His Def, HP and Atk Spd are the highest of all 4 regular SR tanks, and his Atk stands only below Steak’s. For an SR tank, Suki is well-rounded.

● However, Suki is rare, being obtainable only from summoning and SR to SR (same-rank) fusion. This makes him very hard to ascend, greatly hampering his potential.
● Suki is in a link triangle with Ume and Udon. While this may seem good, Ume is an R soul with weak combat utility, and Udon suffers from the same rarity problem as Suki.
● Suki’s favourite FA, Amakaze, is a “blue” FA with weaker stats than “purple” FA, and as such is not worth using.

● Vs. Gyoza & Escargot
Suki’s advantage compared to Gyoza and Escargot is that he does significantly more damage. Suki is something like 0.5 DPS, 0.5 Tank, and plays the role of a bulky attacker more than an actual tank.

If you’re looking for an actual tank, however, Gyoza does a much better job, albeit being hard to ascend as well. Chances are, among SRs, Escargot will be your best bet for a real tank, as he is far easier to ascend.

● Vs. UR Tanks
A 2★ Suki would almost definitely lose to any of the UR tanks. Even at 3★ he might still lose. It’s not so much that Suki is bad, it’s just that all the UR tanks are incredible. Gingerbread and Caviar are defense-oriented, so if damage is your main priority, maybe Suki would still be better. Crab Long Bao and Apple Pie are more damage-oriented, and there’s no way Suki can match up to them.

● Vs. Steak
These two are both “bulky attackers”, but boy, are they worlds apart. Let’s start with what Suki does better. He has more Def and way more HP, so at the same ascension level, Suki is far sturdier than Steak. At the same time, he does so without completely sacrificing damage, unlike the other two SR tanks.

However, Steak shards can be obtained from delivery chests (the golden chests), so if you put in enough effort, Steak can reach 5★ easily enough, leaving Suki in the dust. Steak also has more damage, due to his basic skill, higher Atk and stronger energy skill. To add salt to Suki’s wound, Steak’s favourite FA is Uke Mochi Enhanced, one of the two best FAs in the game.

Imagine a “jack of all trades” who relies on numbers to perform well. Now imagine that their numbers are stuck at being mediocre due to circumstances. Now scroll all the way up, and look at that guy. Oh, guess we don’t have to imagine anything then. Never mind that Suki’s skills are weak. Never mind that Suki’s link partners aren’t the best. Never mind that his favourite FA isn’t worth using. The sheer difficulty of ascending Suki coupled with his lack of niche cement him as the weakest SR tank.

By the time he can reach 5★, you should be able to get at least one UR tank to 2★, which would likely invalidate him. Maybe if he gets an artifact soon, he could be saved?