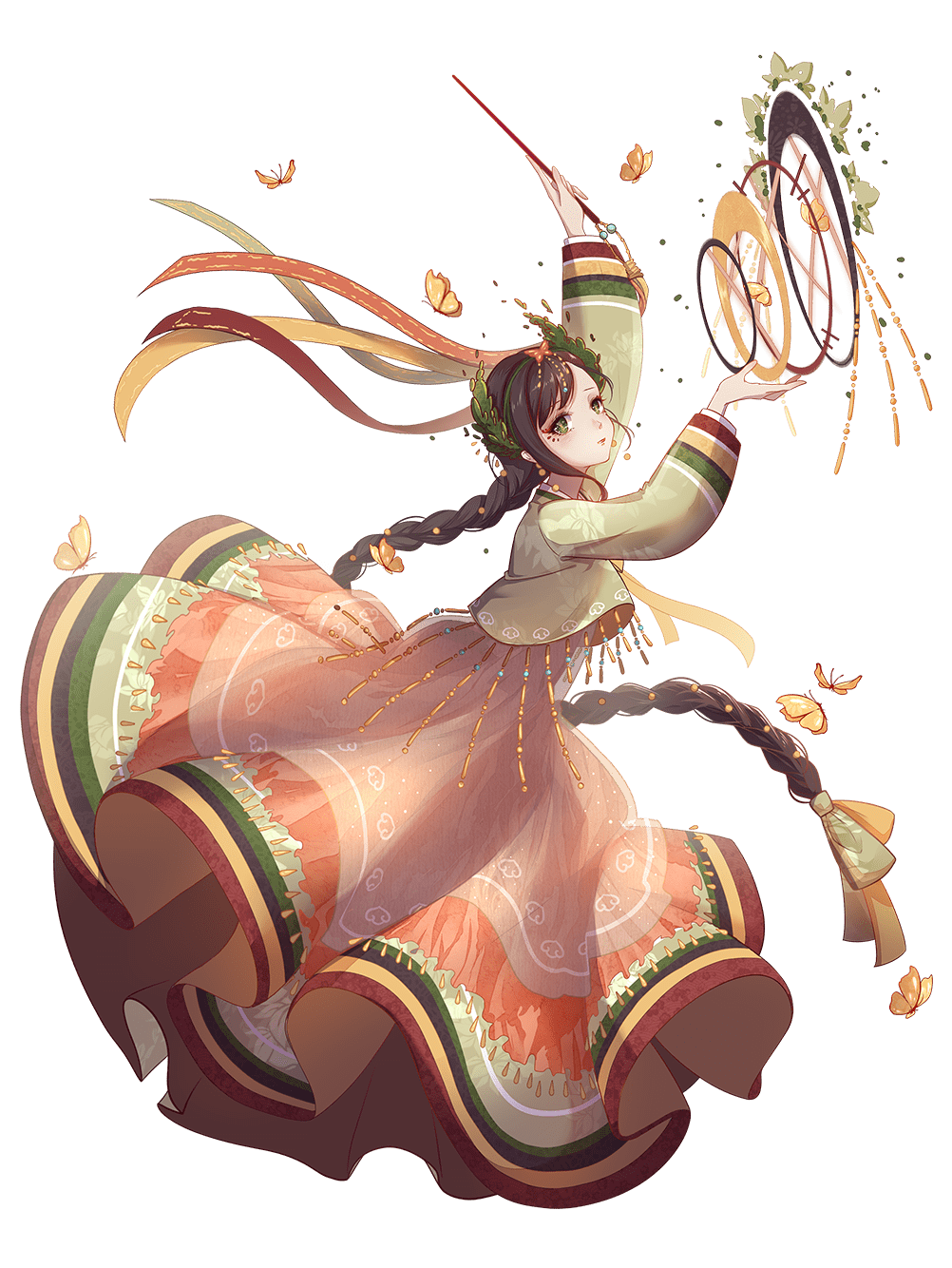 ● As far as raw stats go, Kimchi has good Atk and HP when compared to other SR Magic souls.
● Kimchi’s energy and linked skill allow her to silence enemies while dealing decent damage.

● Kimchi is only obtainable from summoning. After her rate-up event ends, she will be as rare as most other SRs.
● Kimchi’s basic skill gives shielding and Atk, which seems nice in theory, but the numbers are far too low to have any meaningful impact. The fact that it does not deal damage is a waste of her good Atk stat too.
● Kimchi’s mutual link partner, Ddeokbokki, is equally hard to ascend, while having skills that are on the niche side.

● Vs. Sweet Tofu
Why Sweet Tofu, you ask? Isn’t he a healer? Well, yes. This comparison may not be ideal, but it’s simply to showcase the problem with Kimchi’s basic skill. It’s a very support-oriented skill, meant to help the whole team. However, if we disregard the minuscule Atk boost, it is nothing more than a 35-point shield at level 21. In contrast, at level 21, Sweet Tofu’s basic skill can offer an 84-point shield, while healing for 84 health per second for 3 seconds. If you want to run Kimchi for her supporting abilities, you probably shouldn’t.

● Vs. Vodka
Compared to Kimchi, Vodka’s only disadvantages lie in her lower raw stats and less damaging energy skill. However, Vodka is far easier to ascend than Kimchi, being obtainable through various means. A 5★ Vodka is far easier to obtain, and also far more powerful than a 2★ Kimchi. Furthermore, Vodka’s basic skill fits her role well, dealing AoE damage and having a chance to silence enemies. Her link partner is B-52, an easy to ascend UR, and the link grants her access to an on-demand 4 second stun, a stun being far more powerful than Kimchi’s silence.

Simply put, Kimchi suffers from indecisiveness. She tries to do everything, but ends up outdone in all aspects. Her good stats set her up to be a solid SR DPS, but her basic skill pulls her in the opposite direction, all but wasting her high Atk stat. Her basic skill is not strong enough in the supporting department either… Her energy skill is decent in its own right, allowing her to be an AoE CC soul, but her basic skill, once again, does not support that role…

Even at 5★, Kimchi’s basic skill will remain a thorn in her side… Perhaps a powerful artifact might be able to free her from this prison of mediocrity? One can hope…