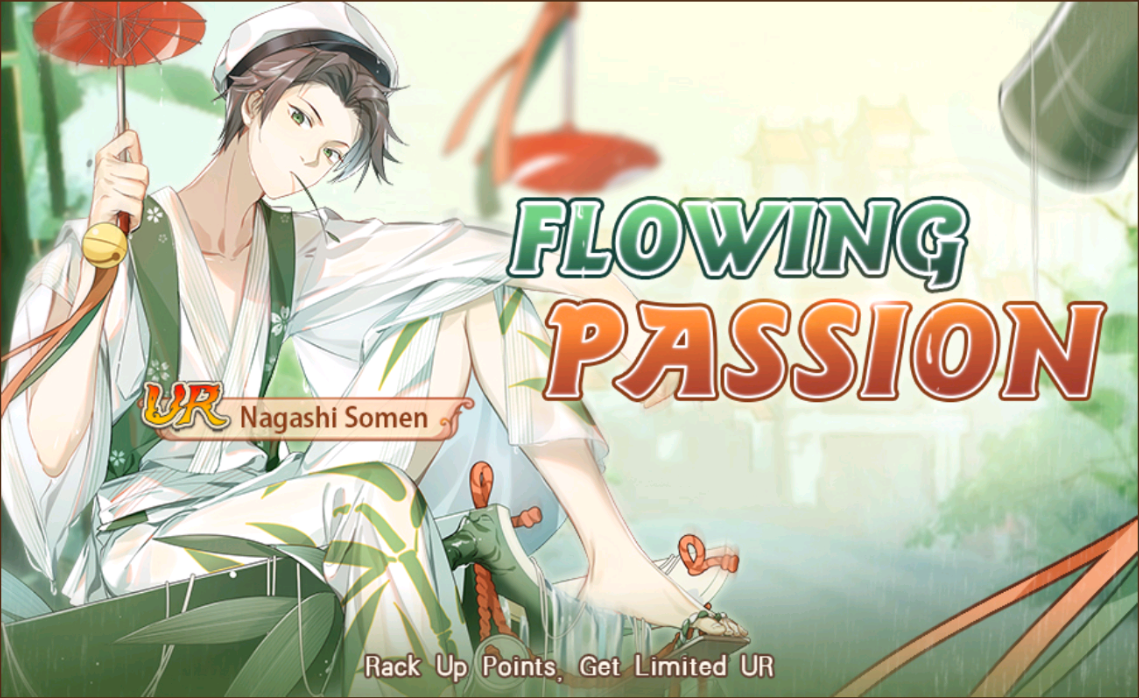 An easier and more straight-forward ranking event similar to the past Pizza and Mapo Tofu events. However, there is less RNG involved and no real pay to win element if you got enough crystals. Main gist of the event is to use energy to fight the boss and get rewards through ranking of damage and points. Notable rewards from this event include Nagashi Somen, special frames & avatar, and various consumable rewards.

Main features and attributes of Orochi

● Single Target Damage and Charm every 15 seconds.
● AOE skill that lowers Atk Spd of whole team for 5 seconds every 8-10 seconds. Able to be cleansed.
● AOE skill that does increased damage over and after certain time.
● Ignores CC.

The damage is negligible and fixed, thus the main key to surviving lies with the healer. HP of the food soul tanking does not matter, thus a defense food soul is not required to tank. The charm is an annoying single target skill which can create problems for new and beginning players with teams which are not that mature, in which case they can choose to run a defense tank. For old and end-game players, there is the option to ignore this feature. The only solution to this feature right now lies with only one food soul that is Fondant Cake. If she is fast enough, she might be able to stop this charm ability throughout the fight.

The main bane of this boss fight. The reduction in Atk Spd can significantly lower the overall damage. Thus it is recommended to cleanse this debuff with a cleanser food soul. The usual list consists of Bibimbap, Sichuan Hotpot and Laba Congee. However, cleansing healers are recommended to save another spot for a better DPS rather than using Sichuan Hotpot. The debuff applies to the whole team including your cleanser, thus the best Atk Spd FA should be given to the cleanser, the rest is all up to RNG.

3. AOE skill that does increased damage over and after certain time.

Another skill to test your healer and even though the damage is not high, when combined with the Atk Spd reduction feature it can still be deadly. Recommended as above to give the best Atk Spd FA to your healer, best if it is a cleanser. Also recommended to go for group healer like Sweet Tofu, Bibimbap, Milt, Fondant Cake etc.

There are a few food souls which breaks the meta through stringent conditions and combinations. These team comps with these special food souls can achieve damage through brute damage. Examples of these food souls are Beer, Cloud Tea, Butter Tea and Toso. Beer if raw brute Atk and Atk Spd while the other 3 generates huge amount of energy with the right conditions.

A tank is not required. As mentioned above, priority of Atk Spd FA goes to the cleanser or healer, preferably both which can only be Bibimbap or Laba Congee. If your team is unable to survive after the AOE, healing is not enough, consider using a better healer or an additional healer. Use a defense food soul as tank if your team cannot survive charm. The team comps are pretty straight-forward but feel free to mix and match to find your dream team.

Defense food soul as tank is not required but if your team is dying pretty often to charm, a tank can be considered. An offensive tank is recommended to generate more damage while also to sustain the team. Another solution to avoid this team comp is to reduce damage from your attackers, either through FA or artifacts.

Usage of 2 healers if 1 is not enough. Recommended to use a cleanser either Bibimbap or Laba Congee; in addition with Fondant Cake to stop charm from the boss.

The go to team comp for most end-game players. Makes use of 1 healer, preferably Bibimbap who can serve as the cleanser too. If not, Sweet Tofu can be used and cleanser can be Sichuan Hotpot.

The meta breaker to use Beer and ignore charm debuff. The power of this team comp is just to use brute damage and speed to dish out the most damage. Very RNG as your team will be susceptible to charm and it might kill your tanking food soul at times. Also requires Beer and the cleanser to cast their basic skills at the right time to maximize damage, which you have no control over. Requires very stringent conditions involving high level FAs, stars, skills and of course luck. Will require multiple tries to succeed.